Two months into 2020, in walks ‘Miss Corona’, live and direct into the UK. No passport, no visa, no right to work and she certainly is not welcomed!
Whilst the seriousness of the Coronavirus COVID-19 cannot and should not be underestimated, in order to safeguard and maintain our mental health at times we must deploy humour. It is this humour, which helps to remove the enormity of the fear, and the panic from our every day lives, the lives, which will be changed forever… So Miss Corona has decided to explore the globe, spreading and sharing her unwelcome love. She knows no boundaries, respects no restraints whilst continuing to vitally shed large deposits of her deadly concoction.
Adversity ‘but still, like air, I’ll rise.’ Miss Corona will also be conquered, when or how we do not yet know, but she will be. We need to believe that as a human race, we can come together, resolve our differences and pledge to continue the determination to end all troubles and create more peace. These two situations need to move on to own their place in history with a positive resolve being the end.
For the Windrush generation I say, you must continue to put your faith in each other, your beliefs and humanity, as we currently know it. You must move further towards triumph and not defeat, leave defeat for Miss Corona when we conquer her very existence…
Today it was announced in the same stream of late night news as Miss Corona, that the Home Office had demonstrated ‘institutional ignorance and thoughtlessness towards the issue of race’. The circumstances surrounding the Windrush generation and Miss Corona are no coincidence, both stories were told alongside each other tonight.
Both stories remind us that we must never give up hope during the face of adversity. Both situations will call for many months or even years of public inquiries. Both circumstances are as equally as important as the other. As a human race we have faced many struggles, taking various forms. The Windrush generation has faced much.
Where is the UK Border Force when you need it?
This is not fair, Miss Corona is very wicked, unlike the Wind rush generation who lived their lives expecting the same country to respect them as British citizens, but they did not. Now we stand as a country in crisis with Miss Corona the virus telling us as it is! Miss Corona is dictating where she will dwell and for how long, with no passport or the right to remain in tow.
Along comes Miss Corona in 2020, no passport, no visa, no right to work and nobody called her but she needs to be treated by the same NHS. Miss Corona is a deadly virus, one that cannot be detected, cannot be seen or heard, moving cunningly amongst the population who fail to take heed, moving savagely amongst the vulnerable, sadly taking many lives.
The Windrush generation had been welcomed but in 2018 they were suddenly being described as illegal immigrants with no legal status to remain in the UK –but still, here she is where she ‘nuh have no business!’ Yes, you read this correctly! Life after life was turned upside down resulting in death, fear, homelessness, financial hardship and denial to the right to be treated for Cancer under the NHS…yes you read it correctly, denial to be treated under the NHS after years of contributing taxes!
This amazing group of people remembered what mattered most during times of panic and fear, uniting as one and standing strong. Then along comes 2018 when a scandal brews, a storm is in the midst, lives would be disrupted forever – just like the disruption caused by Miss Corona. The only difference is, nobody called her, nobody gave her legal entrance to the UK, and nobody wanted her! They came together at the weekend to socialise as one defying all means of racism and ‘othering’, they were a force to be reckoned with, the foundation of the first Black British generation. Their spirit of comaraderie was admirable. It did not matter who you were and which island you originated from – they came together. This generation would become acclimatized to their new environment, educated and then encouraged to work. Many of them brought examples of their traditional practices such as ‘Partners’, which was a community form of banking to help each other to purchase their first home. Like Miss Corona, this generation has been treated resentfully like a virus, a virus the country wishes to see disappear. Each of these citizens arrived legally, on their parent’s passport, stamped and signed, welcomed as part of the generation who would go on to help to restore their Mother Country’s greatness following World War Two.
Who asked her to arrive in the UK? Nobody, but yet she is present, ever present causing fear. Some fear the very essence of her whilst she moves mysteriously amongst the population, unseen, unheard, ruthless.
Yet some doubt her true capabilities, her will and her purpose. Miss Corona unleashed herself, attacking people, inciting terror. In this instance, one cannot help but draw comparison with how the ‘Windrush generation’ has recently been classified. Who called Miss Corona? By Cheryl Johnson ‘Tell it Like it is’ - March 2020 © 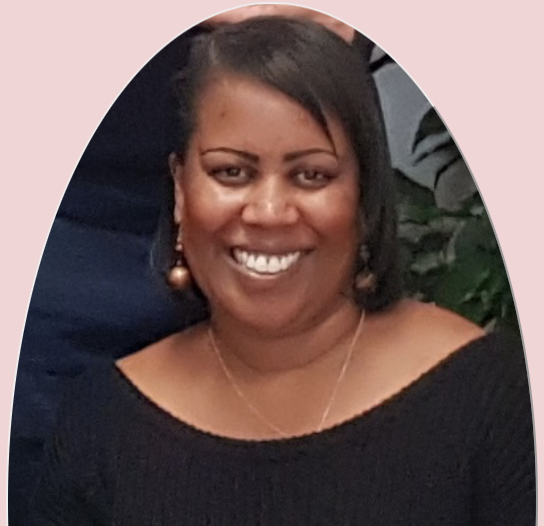