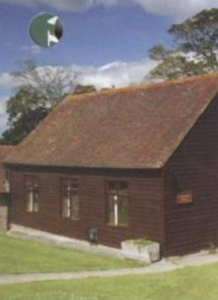 It was in Sept 1999, that twelve ladies from different walks of life decided to take a weekend away from our busy life style.  Unknown at the time, but some of the ladies had experienced physical, sexual, emotional and spiritual abuse.  Over that weekend, although we did not know each other well, and for many, just meeting for the first time, there was a safe and confidential environment created.  We shared, we cried but in it all we were very thankful.  One ladies shared around the dining table, that she thanked God for this Women’s Ministry.  Up to this point, we had no name or even thought we needed a name.   By the end of the weekend, we discovered that within the group that was a wealth of expertise, knowledge, gifts and talents such as marketing, publications, report writers, creative arts, teaching and facilitating.It was far from my thought to plan another weekend way, but calls were received not only from the ladies that attended, but their husbands, friends and family.  The ladies shared with others the benefits they received from the weekend particularly how they self esteem and confidence were improve.  As a result my first workshop was entitled ‘Releasing your Potential’ as I realised from our first weekend away, that there were many untapped potential.

Six months later, another weekend away was organized.  This time we took away thirty ladies who participated in workshops and the planning of the weekend away.  During this weekend away, a committee was elected to help organize and plan events.  For four years, the Women’s Ministry organized twice yearly weekend away between March/April and August for up to 120 women per year.

In 2001, Ministry of Empowerment was Constitutional  and by 2003, our application to Charity Commission was approved.

Four years later, from feedback, ladies wanted to bring along other members of their families.

It was in June 1999 that my prayer partner Cheryl Vanlange invited me to a midweek Prayer Breakfast. I didn’t know what to expect, however it was at this event that it was prophesied that the Lord would birth a ministry through me. I respectfully listened but thought nothing of it. If truth be told, I totally dismissed what she said, moreover I was a very shy person.Yes, to many, this would be a very hard fact to believe. On visits to other churches, I invited ladies to an autumn retreat. A few months later in September 1999, twelve ladies traveled in a minibus to a self-contained cabin called Carpenter Lodge in Ashburnham, Kent. This was our very first Women’s Weekend Retreat. The name Women’s Ministry was coined by a young lady named Carol Spreddie during her testimony at our Sunday Morning Prayer Breakfast session.Truly, signs and many wonders were demonstrated during that weekend.